People born between 1981 and 1996 (Millennials and Gen Z) now make up the largest segment of the U.S. population.1 As they continue to gain economic clout, this segment cannot be ignored by nonprofits who have lofty fundraising and donor acquisition goals. Luckily, according to Data Axle’s recent survey of over 1,200 charitable givers, these younger donor generations are ready and excited to engage with nonprofits. In fact, younger donors were more likely to have increased the amount they donated in 2020 — 39% of donors aged 18-29 and 33% aged 30-44 gave more during the pandemic. These findings highlight the importance of this donor segment and the need for nonprofits to proactively engage it.

We know younger donors want to give to those in need but nonprofits need to guide them along the way. In this article, we will explain:

Developing an omnichannel strategy is more important than ever to remain connected with donors who are increasingly living their lives online. Data Axle’s survey of over 1,200 donors found that while donor preferences when it comes to interacting with nonprofits have shifted towards digital channels; 48% of donors ranked email as their preferred way to communicate with charities. Direct mail came in second, with 21% of donors identifying it as their preferred channel, followed by social media (17%), text messaging (8%), and phone calls (2%).

However, given that donors often prefer to receive communications via one channel and donate through another, a coordinated cross-channel strategy is vital, especially when it comes to engaging younger donors.

Don’t underestimate the power of a well-designed landing page. When giving to a nonprofit, almost half of donors (44%) state they go straight to a charity’s website unprompted to donate online. The Millennial Impact Report found that the most important thing to Millennial donors is seeing how their donations are helping people and transparency in how the organization operates. 2 Websites that excel at communicating those two things will better attract and convert younger donors.

Pro-tip: Invest in SEO to make sure younger donors can find your website. If they can’t find it, they can’t donate.

Project C.U.R.E. has all the important information above the fold on their home page. Their website tells the visitor exactly what the charity does (provide medical supplies to resource-limited communities across the globe) and the “our work” and “impact” menu options give visitors insight into who the organization helps and how they operate. The last thing to note about this page – it highlights two clear calls-to-action (CTAs) to potential donors – one to Donate and one to “Take Action.”

2. Step up your email game

Forty-eight percent of donors ranked email as their preferred way to communicate with charities. Younger donors want to give, but they need clear CTAs to lead them down the donation funnel. Nonprofits can develop or update their template systems and maximize email engagement through smart, performance-driven email design. Nonprofits also need to make sure their emails are optimized for mobile, as 90% of people aged 25-34 say they use their smartphone as their main way to check email.3

Unicef’s email combines compelling imagery with a clear CTA and social media hashtag – all important components of an email that would capture donors’ attention.

It’s not a surprise that social media and text messaging preferences skew toward younger groups, with 25% of donors 18-29 identifying social media as their preferred communication channel with nonprofits and 16% identifying text messaging as such. Developing a robust social media following and interacting with followers daily by posting pictures of volunteers and the fruits of their effort, is important. Nonprofits can also strategically use sponsored posts to custom audiences to better target and engage younger donors.

It’s not a surprise that social media and text messaging preferences skew toward younger groups, with 25% of donors 18-29 identifying social media as their preferred communication channel with nonprofits and 16% identifying text messaging as such. Developing a robust social media following and interacting with followers daily by posting pictures of volunteers and the fruits of their effort, is important. Nonprofits can also strategically use sponsored posts to custom audiences to better target and engage younger donors.

The American Civil Liberties Union (ACLU) has a massive social media following with 1.9 million followers on Twitter alone. The ACLU uses Twitter to share their position on laws, regulations, and current events to get their followers involved in the discourse. ACLU followers frequently retweet and share posts to help get the word out to their own followers and amplify the voice of the ACLU.

Funding models that appeal to the younger donor generation

Millennials and Gen Z are interested in gifting models that show their commitment and engagement with a cause over the long term. From recurring donations to legacy giving options outlined in wills, to volunteering, let’s explore how young donors want to give back and how you can address their needs.

Sometimes also referred to as “recurring gifts,” is a donation for a specific amount that is ongoing, say monthly, weekly or annually. Our survey found that this method of giving is favored by younger donors; 48% of respondents aged 18-29 and 41% of those aged 30-44 report recurring monthly donations, compared to 27.9% and 29.3% of donors aged 45-60 and over 60, respectively. When reaching out to younger donors, consider adding a call-to-action (CTA) for sustaining gifts to make it easy for them to give in the way they prefer. Or, create segmented campaigns encouraging sustaining gifts targeted to your younger audience.

California-based nonprofit, Heal the Bay, is devoted to keeping LA’s waterways clean. The organization has an entire page on their website dedicated to encouraging sustaining gifts.

Also referred to as “planned giving,” legacy giving means that a donation to a charity of choice will be executed as part of a donor’s will. Surprisingly, 21% of respondents aged 18-29 said they’d already made plans for legacy giving, as had 17% of donors aged 30-44. Meanwhile, just 10% of respondents aged 45-60 and 16% of respondents over 60 reported they’d planned for this option. Today’s young donors are so committed to a cause, they want to ensure they can keep giving posthumously. Nonprofits should make this sometimes-complicated process as simple and streamlined as possible.

The Community Food Bank of Eastern Oklahoma is the largest private hunger-relief organization in eastern Oklahoma. The nonprofit has a page dedicated to legacy giving which also gives the option to email or call a representative to discuss options further. A recent survey found that 60% of millennials dread phone calls,4 so digital options to gather more information are important.

Volunteering time is appealing to donors with less disposable income, who naturally tend to be younger and at earlier stages in their careers. In our survey, respondents aged 18-29 reported the highest level of engagement with charities across the board. Sixty percent of young donors reported telling friends and families about causes, 50% volunteered with a charity, 36% attended charity events, and 20% stated they serve on the board of a charity. This kind of support is just as important as monetary contributions and is also instrumental in building long-lasting relationships with donors whose support can last a lifetime.

Property & casualty insurer, State Farm, donated $650,000 to Habitat for Humanity to help them engage young volunteers. While building homes requires manpower from able-bodied volunteers, the partnership helped younger volunteers become more involved in housing advocacy, learn how to create safer neighborhoods, and participate in other important topics such as diversity and inclusion, action planning, and disaster relief planning.5 Reaching out to and educating younger volunteers now means that Habitat for Humanity will have more engaged and longer-term donors who understand the importance of their mission and a pool of potential leaders to draw upon in the future.

Although many nonprofits cater to their older, wealthier demographic, there’s a huge opportunity for them to engage younger audiences, who can become cheerleaders and longtime supporters of their causes. With the right tools, nonprofits can meet younger donors in the channels they are most likely to respond to, with messaging that resonates with them.

Find out why donors give, why they remain loyal, their legacy giving plans and much more.

Learn more about how Data Axle can help you reach younger audiences. 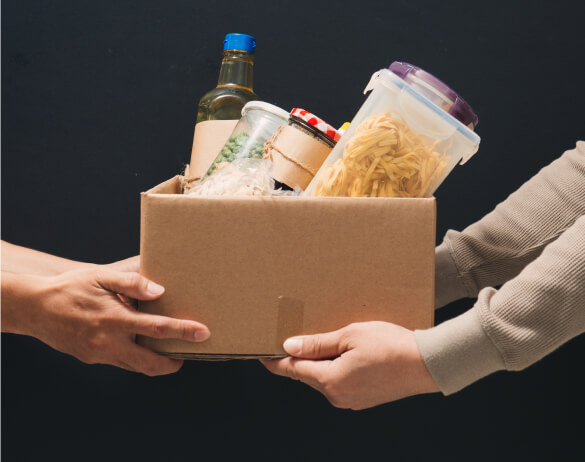 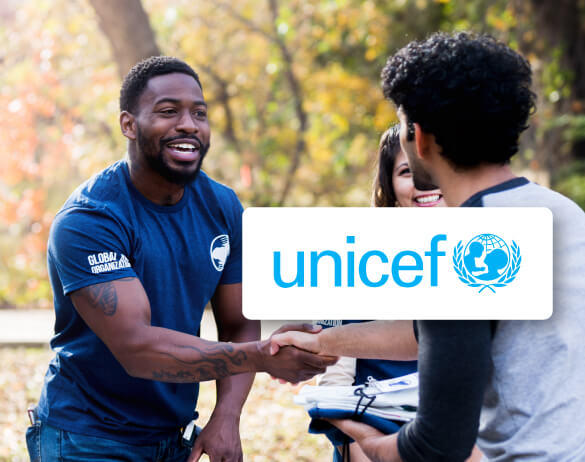 Why integration is necessary for an omnichannel donor-centric experience 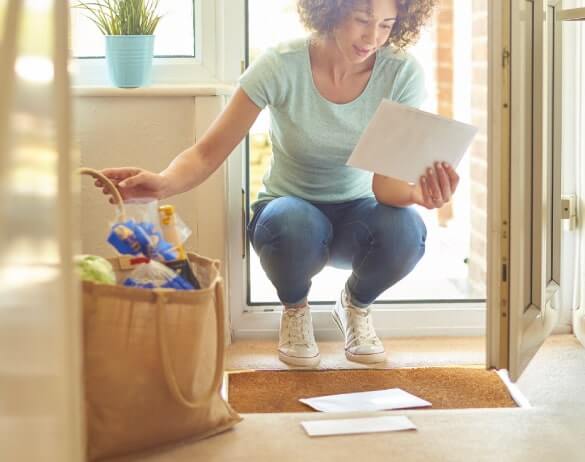 Direct mail as the pillar of an omnichannel strategy